The Management Board of the company TALUM d.d Kidričevo: 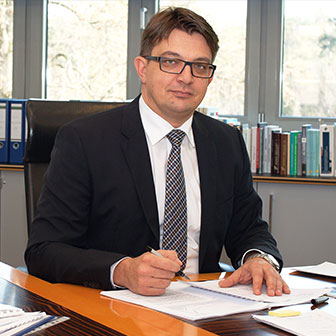 A chairperson of the management board

He was born on the 17th October 1974 in Ptuj. After a completed General Upper Secondary School, he continued his study at the Faculty of Chemistry and Chemical Technology in Ljubljana. He graduated in the year 1998 and acquired a title Bachelor of Chemical Engineering. In the year 1998, he received Krka’s award for his research diploma thesis. In the year 1999, he got employed in the company Talum. Due to a working position of being a head of projects in the company, he passed exams for the head of projects at the Slovenian Association for Project Management. He is an internal auditor with a certificate for systems ISO 9001, ISO 14001, OHSAS 18001, ISO/TS 16494 and ISO 17025. He has worked in different fields within the company. At the beginning, he dealt with an implementation of the standard ISO 14001 in the company Talum. Since the year 2001, he was employed in a Development department as the head of projects. Within a project Modernisation of the production of primary aluminium – 2nd phase, he was responsible for realisation of four projects in the production fields of slugs and discs and foundry alloys. He was leading a renovation project of the administrative building Talum, and in the years 2005 – 2007 a project Waste aluminium smelting, on the basis of which the company Talum started with active reorganisation of its production processes regarding the use and processing of the waste aluminium. 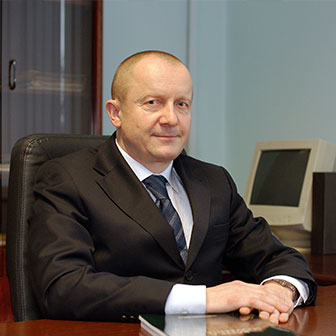 Daniel Lačen has been employed in Talum already since the year 1988. During his first years as employee, he performed all works in a department of finances and accounting, and in the year 1993, he became a head of the accounting in Talum. Along with the work, he completed the university study of finances at the Faculty of Economy and Business in Maribor.

He was born on the 5th August 1960 in Ptuj. After a completed Technical School for Electricians, he continued studying at the Faculty of Electrical Engineering in Maribor. He graduated in the year 1984 and acquired a title Bachelor of Electrical Engineering. In the year 1984, he got employed in the company Talum. In the year 1994, at the Faculty of Electrical Engineering in Maribor, he defended a master graduate thesis titled Synthesis of a complex activity of an aluminium electrolytic cell. In the year 1998, at the same faculty, he defended a doctoral thesis titled Stability of an electrolytic cell’s activity in order to obtain aluminium by using different cathode materials. He has worked in different fields within aluminium production. At the beginning, he dealt with a process optimisation as a developmental engineer in the former electrolysis. After two years of being a head of the electrolysis development, he became the main engineer in charge for the transfer of technology from French Pechiney to Talum. For this purpose, he was additionally qualifying himself for five months in France in the year 1987.